A History Of Neon

The story of the neon lighting and signage industry is one of creativity, resilience and transformation. To this day, traditional and modern neon displays continue to capture our attention and imagination – whether we’re admiring a neon splash of street side lighting or simply approaching a neon sidewalk sign. 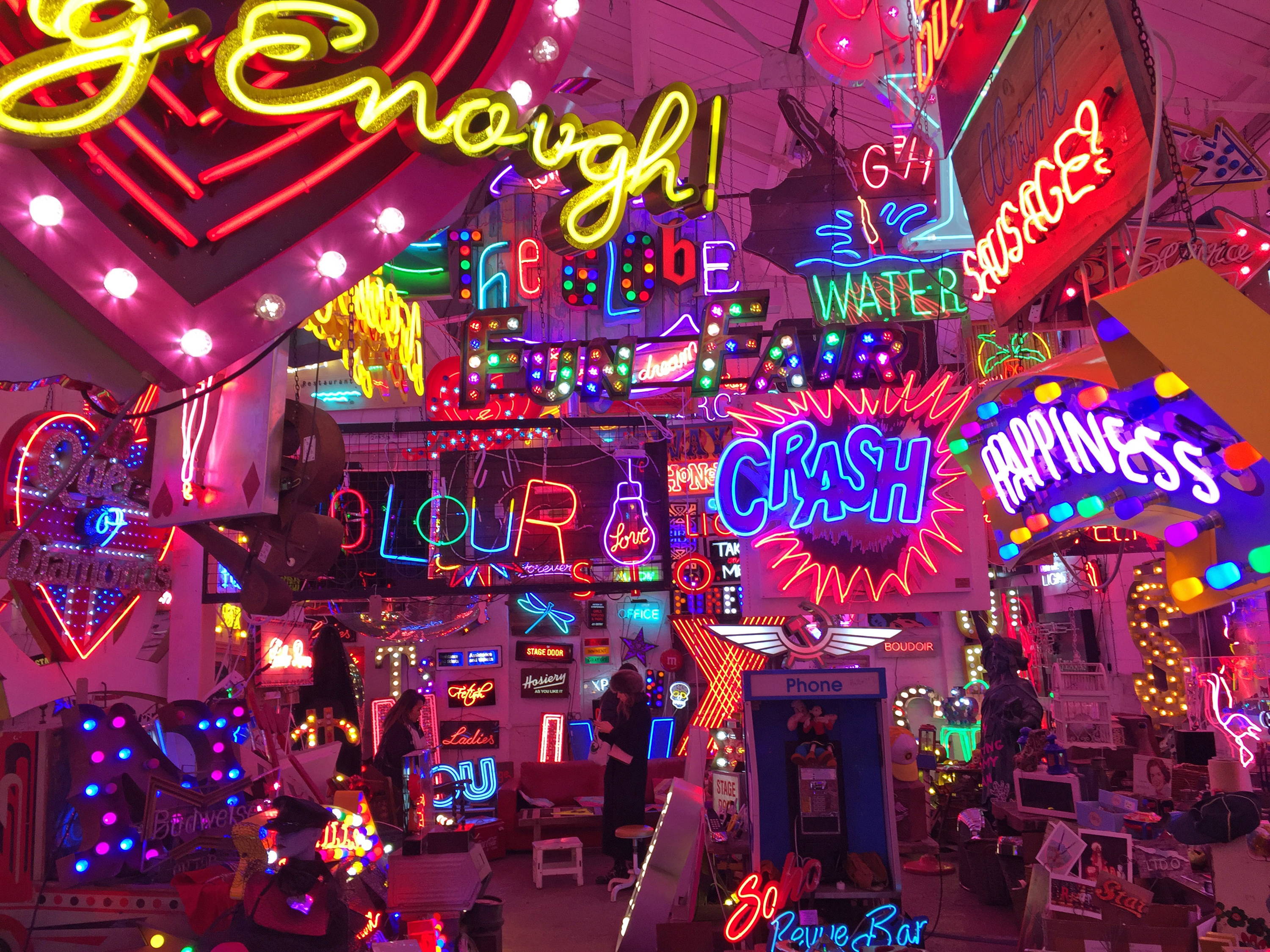 Our enthusiasm for neon can be traced back to 1898, when the gaseous element was first discovered by two British chemists – Sir William Ramsay and Morris W. Travers. The chemists quickly discovered that neon, then stored in fragile glass tubes, emitted a striking reddish-orange light when an electric current was run through the tube.

However, the growth of the neon lighting industry has not been without setbacks. Trouble for the industry began due to a downturn in neon tube manufacturing during World War II. By the time production began to pick up in the 1950s, neon lighting was experiencing a cultural backlash after consumers began associating the lighting style with gaudy red-light districts and dilapidated urban areas. The neon industry hit more roadblocks in the 1960s when several manufacturers were accused of ignoring consumer concerns – notably the harmful side effects of neon inhalation and the hazardous fragility of heavy neon lighting tubes.

Transitions in the Neon light Industry

Although remnants of cultural disapproval continue today, the neon lighting industry has emerged relatively unscathed from its post-war challenges and is regarded once more as a leading player in signage, advertising and artistic lighting.

The most recent surge in neon lighting sales is partially driven by developments in neon LED technology. Instead of using a chemical element for illumination, neon LED devices use semiconductors and a process known as electroluminescence to emit light. The light emitted by a neon LED closely replicates the lighting style produced by traditional neon lighting tubes. Modern neon LED designs also have two key advantages over traditional neon lighting. Firstly, static LED brand advertisements and animated LED sequences can be designed more quickly and with greater complexity. Secondly, neon LED signs and displays only need 24 volts to produce a neon effect, whereas neon tubes can require as much as 15,000 volts just to emit light. Therefore, swapping neon lighting tubes with neon LED signs can significantly reduce energy expenditure and running costs.